For years, I've had a bit of a digital pen pal.

His name is Kevin. He loves music, 'Coffee Table Jazz' in particular. He owns an Amazon Echo, through which he listens to his lovely, soothing John Coltrane trumpet croons. He doesn't often listen during the day, but at night the tunes come alive — probably while he's also hand rolling linguine next to a glass of a full-bodied cabernet. (Or at least, that's what I imagined.)

If you’ve received an email invitation to join a Spotify Family plan, first of all, congratulations! Secondly: In the email, click ACCEPT INVITATION. If you already have a Free or Spotify.com-created Premium account, the “Redeem token” web page will open in your browser with a long redeem token number pre-filled in Token.

SEE ALSO: Amazon may be building a new brain for Alexa

I know all of this because Kevin and I have been linked at the hip (digitally) for years, all through a connected Spotify account. Every so often, while I'm listening to music on the app, it'll stop abruptly and I'll get a message that has become the bane of my existence: Now Playing on Kevin's Echo.

My name is not Kevin. Nor do I own an Echo. Nor do I frequent the music of Miles Davis (I mean I like it, but I do not care to listen while I am contorting my body like a Tetris figure to fit in a crowded New York City subway car). Yet, this kept happening. Some dude named Kevin kept hopping into my account and hijacking it. Did I even know any Kevins?

yo @Spotify you wanna tell me why some dude named Kevin keeps hoppin up in my account and playing shit on his echo pic.twitter.com/mW0KSdKHqw

It'd happen everywhere. When I was at home. When I was walking the streets of Manhattan. While I was driving down the coast of California without cell reception. As I soared 30,000 feet over the Pacific Ocean, with no access to Wi-Fi. It felt like Kevin was the one person I could never escape, an irritating grade school bully whose sole purpose in life was to hit pause on my Spotify as soon as I hit play.

It felt like Kevin was the one person I could never escape.

I'd assumed it was someone in my apartment building whose account somehow got entangled with mine, or a random dude in North Dakota who had no idea what he was doing. Or maybe it was Russia, who knows. I did everything I could think of to make it stop. I changed my password. I dug into my devices menu and disconnected from all of them. I revoked access from all apps connected to my account. I even had Spotify customer service reset it.

Nothing worked. No matter what I did, Kevin was there, punking me with the dulcet tones of a muted trumpet.

I later realized I was not the only person with this problem. There were multiple posts on Spotify's community forum detailing this very problem, all positing solutions of varying success with no explicit fix. People had tried changing passwords, disconnecting and resetting accounts, enabling two-factor authorization. Nothing they tried worked.

What is this bullshit that won't go away and keeps hijacking my @Spotify account
I've revoked access to all other devices, changed my password, and still I'm getting this crap
This might actually make me switch to Apple Music pic.twitter.com/YdMN4numyW

Eventually, I realized Kevin had won. There was no way of getting rid of him. So I gave in. When I noticed Kevin was listening to the account at a time I didn't really need it, I let him have it. I never listened to music at night, when he often jammed to his jazz. When my headphones went silent on a crowded subway car, I didn't even check my phone — I already knew what it was going to say. I started listening to podcasts. I even became, in a way, fond of Kevin, or at least for his disregard for authority and sheer audacity to highjack another person's Spotify subscription.

Instead of fighting his interference on Spotify, I became wildly obsessed with figuring out who this Kevin was. It dawned on me that if Kevin could take over my account, it had to also work the other way around. His Echo did, after all, appear on my computer. So there had to be a way I could beam music to it. And if there was a way to beam music to it, there might also be a way to communicate. A sonic message in a bottle, if you will.

One day, while at work, I tried.

It became a group effort to a cohort of coworkers who — after hearing my tale — became as invested in the task as I was. We huddled around my desk as I attempted to play virtual DJ from afar. I knew he was near his Echo because he'd already gone back and forth with me a few times that morning, taking over the account.

At first, I wanted to be funny, but then I thought it'd be more helpful to be clear with my intent. I played 'Who Are You?' by The Who.

I knew it'd worked when I saw that he'd paused the song about 5 seconds into it. I tried again. This time it was 'What's Your Name?' by Lynyrd Skynyrd.

In my three year war with Kevin, I'd found a way to shift the tables.

He listened for 5 more seconds, then stopped it.

I finally had the upper hand. In my three year war with Kevin, I'd found a way to shift the tables. I found it comical to think that Kevin might just be lounging around in his three-bedroom suburban cottage or in Russia or wherever, and his Echo would randomly turn on to bump some tunes. After all these years, maybe I had a bit more pent-up rage than I thought — all stoked with the help of some devious colleagues.

So, I got a little carried away.

I played 'I Know What You Did Last Summer,' by Shawn Mendes. He listened for 5 seconds.

'Never Gonna Give You Up,' by Rick Astley. 18 seconds. (Yes, you're damn right I rickrolled him.)

'I Will Always Love You,' by Whitney Houston. 21 seconds. 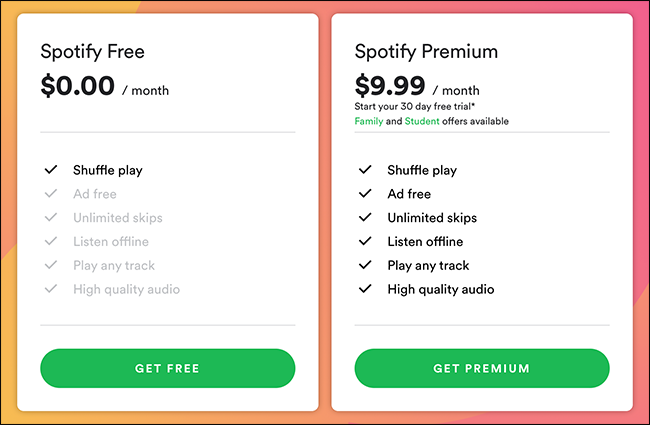 We found the experience enjoyable enough to send a few tweets. 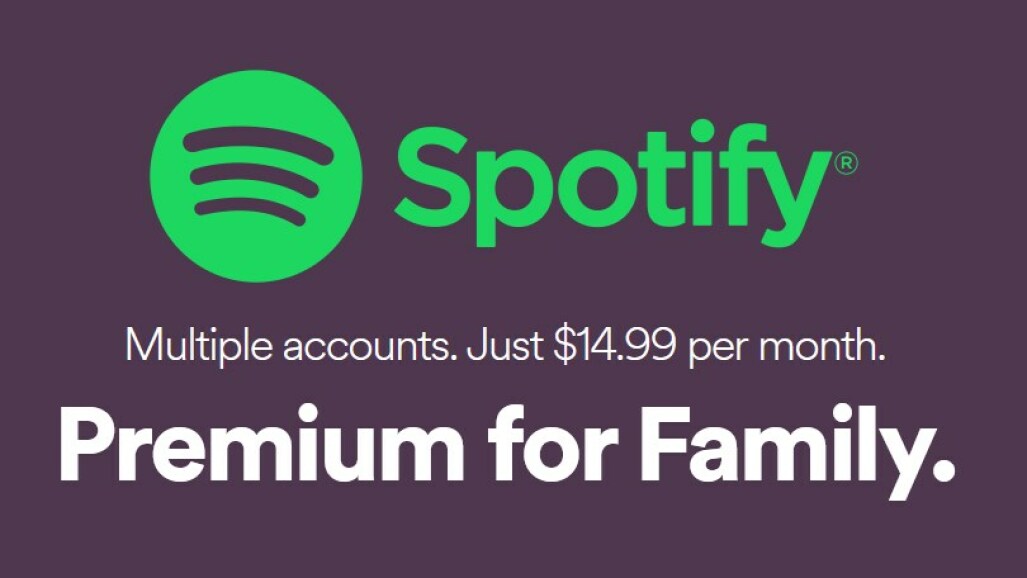 Someone named Kevin is playing @B_Delos 's Spotify on *his* echo. Which means we can also DJ. So far we've chosen Rick Astley, Smash Mouth, and Macklemore...

I will uncover WHO this KEVIN is, one Rick Roll at a time https://t.co/FPkSzHNoeK

I didn't think much about it before halting my antics to run into a work meeting a few minutes later. I figured nothing would come of it beyond a handful of laughs — but maybe, just maybe Kevin would finally be conscious that there was someone else hiding in between his playlists.

That was until a friend I went to grad school with tagged me in this Facebook status.

Turns out, I KNOW KEVIN. We'd gone to grad school together at Northwestern in 2014. We'd been close friends while in school (for a class assignment, I actually profiled him), but after I left Chicago more than two years ago, we'd fallen out of touch. I couldn't remember how the two of us would have become digitally intertwined, or when it would have happened. But the sheer oddity of it all struck me as nothing short of improbable.

Appropriately, I conveyed this:

As fate would have it, Kevin still lived in Chicago. And just a few days after I'd stumbled upon this realization, I was taking a trip to the Windy City to reunite with a select group of old classmates who hadn't been back in years. I shot Kevin a text, and we both agreed to meet up at a party to talk over just how absurd the whole thing was.

Turns out, Kevin had a very plausible explanation. He remembered a night I had visited a few years back. After a night of brews, I'd crashed on his couch before I was set to leave to the airport. I connected my account to his Echo since I was a Premium user, which, apparently, was the only way you could listen to the music on the device. He remembered this, in particular, he said, because I was being super dramatic about the whole thing (which doesn't sound like me, but actually sounds a lot like me).

Kevin said he had no idea that all this time he'd been stealing my Spotify. It never prompted him with an alert or told him that another user on the account was also trying to listen to music. And I couldn't ever remember, for the life of me, connecting to his device.

'Well, didn't you think it was weird that when your music stopped and I'd take it back over?' I asked.

'No, I just thought it was the Echo. Or Amazon. Fucking Bezos,' he said, shaking his fist at the sky.

All of this still made no sense to me, since every time I'd contacted Spotify they'd told me they'd reset my account on every device I'd owned. That was always their fix. It'd work for a few weeks and then all of the sudden I'd be greeted with the message that my music was playing elsewhere all over again. I'd tried everything, over and over again. But it wasn't until Kevin manually deleted my account off his Echo that I was finally free. That was the only fix.

After all this, we embraced, took a photo in the name of content, and called it a day.

Then I threw Kevin's Echo out the window.

(Not really, but I should have.)